2 weeks ago Sabrina Bruederlin No comments 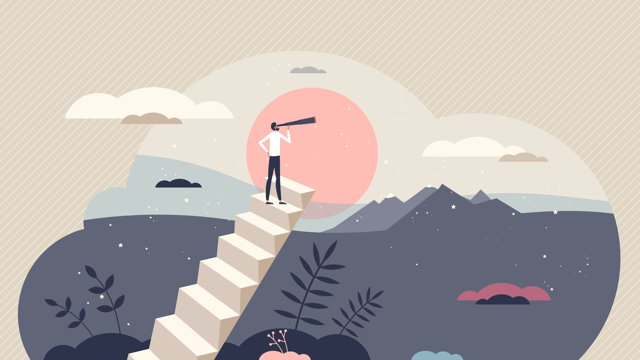 Something many of you probably don’t know about me is that I love music. I don’t just play it in the background to drown out silence. I love music that makes me feel something on a deeper level and I’m repeatedly intrigued by the process of putting different sounds and harmonies together to create one incredible piece of art. With that being said, I do not, however, have a musical bone in my body which means that I have always been an appreciative bystander. The other day, I was watching an emotional moment from a popular talent competition tv show where a very talented singer named Lily Meola shared an original song. In her piece, titled “Daydream,” she sang 12 words that have been echoing in my head for a while now and I just knew I had to share them with others. She sang: “We all got big ideas, but one day they’re replaced with fears.”

I encourage you all to watch the performance if you haven’t had the chance, but the story behind the song is about having big dreams that somewhere along the way became doubts. When we’re young, we plan on reaching for the stars and don’t imagine any obstacle powerful enough to stop us. However, as we grow up, many of these big ideas we had for our future become unachievable and nothing more than a childish dream. What happens along the way? Was it someone who told you that you weren’t being realistic? Was it a failure that made you lose confidence? Was it a distrust in your own abilities? Was it overwhelming when you were setting up your goal and working on executing your steps?

When coaching, I always see myself as a mirror and a supporter. I point out what a client may not notice about the way they speak of certain things or non-verbally react to what they’re saying and remind them that all it takes to become the best version of themselves is to simply be committed to their own success. With this I find that we often land back on big ideas that they had abandoned long ago from a fear of failure or a fear of what others may think. There are no statistics on this, but can you just imagine for a second where we might be if more people were encouraged to pursue their dreams instead of settling for what was perhaps expected from them.

When I heard the lyrics I shared above with you, all I could think about was unrealized potential. I have a lot of conversations around people’s futures, mostly with women, and you’d be shocked by how many of them gave up on goals because they felt like an imposter or unworthy of success. The sad reality is that most of our big dreams end before we’ve even been able to see them take off and I truly believe that one of the most beautiful gifts we have as humans is our ability to imagine progress and reach for it. The opportunity to contribute to our communities, to push ourselves through challenges, to search for new horizons; all of these things make us resilient and determined.

With all of that in mind, in case you’re still struggling with turning your fears back into ideas, I decided to share some words that help me quiet the doubt in my own mind:

Was it someone who told you that you weren’t being realistic? If people stuck to being “realistic” we would never have an electric light bulb or even talking in movies. The idea of being practical with your future comes from fear of the difficulties you may endure. Challenges call for creativity and make you stronger. While failure is always a possibility, if at first you don’t succeed then you simply try again.

Was it a failure that made you lose confidence? Most of us are conditioned to view failure as an end all be all, but the truth is that it’s a lesson learned. Once you figure out a way that something doesn’t work, you continue on to find one that does. In the wise words of Winston Churchill “Success is not final. Failure is not fatal. It is the courage to continue that counts.”

Was it a distrust in your own abilities? Insecurity is one of the most natural things that exist in the world, especially when we’re treading new ground. We may feel that not trusting ourselves should mean that we aren’t capable of achieving success but it’s the opposite. Confronting your feelings of insecurity can help you recognize where you’re feeling you need more information and embrace a growth mindset as you work towards your goal. Remember, be proud of your progress, no matter how big or small it is.

Was it overwhelming when you were setting up your goal and working on executing your steps? This is probably the most common setback we see in coaching and luckily, it’s completely fixable. When we set up ‘resolutions’ or non-specific goals we leave our idea in vague territory and have no idea where to start. Being extremely specific with our goals and setting up the steps we’ll be taking towards it are the best way to see change and feel driven to continue.

A monthly newsletter with useful tips to...

Your browser does not support iframes.

Your browser does not support iframes.